Location: 30km south of the cottages, 5km from Saint Gengoux and 20km from Cluny.

The view from the road provides an overview of the south wing and gives an idea of the different periods of construction (and reconstruction) of the chateau - one of the most original, with redesigned sections, in Burgundy.
The 14m high ogive is unique in the world.

Its wooden palisade – with its openwork oak frame resting on stone corbels - is from the fifteenth century and is exceptional. It is probably the only example from this period still intact in France. The palisades, designed for sending projectiles through the gaps, were replaced later by stone machicolations. There is an example on the keep which is similar to the Palais des Papes (Palace of the Popes) in Avignon.

The chateau is privately owned and only on rare occasions are you able to get closer. The exterior can be visited during Heritage Days. The owner welcomes visitors and provides information on the history of the castle and its many restorations.

A little history: The origin of Sercy chateau dates from the twelfth century. It was constantly reinforced by the lords of Sercy for three centuries to become a true fortified castle of the plain, intended to defend the Grosne valley and Cluny. It was inhabited from the early sixteenth century to the middle of the eighteenth century, so escaped structural transformations. Following destruction during the Hundred Years War, the Revolutionary looting and a massive fire in 1929, there is nothing remaining today of the first enclosing wall except for the pigeon loft or 'pigeonnier' (seen on the left in the photo opposite). Click on the link to see a plan of the original Chateau.

See map of the castle. 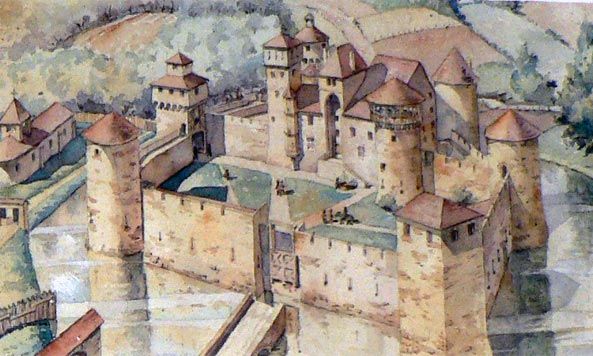 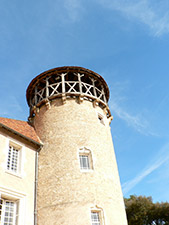 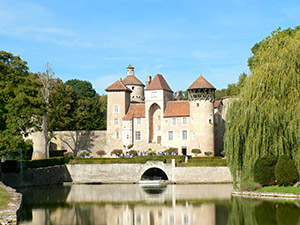 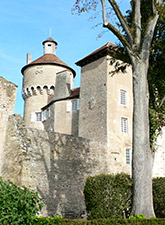 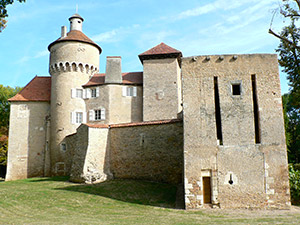