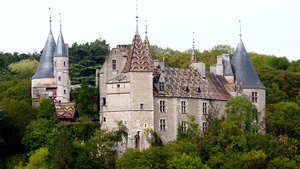 Since 2019 : the castle of La Rochepot is currently closed, the owners have any trouble with justice.
Anyway it worths the effort to see it from the outside.

A little history:The château of La Rochepot is of neo-Gothic-Burgundian style of the thirteenth century, rebuilt in the fifteenth century. It takes its name from the Knights of the Golden Fleece, Régnier Pot and his grandson Philippe Pot. It was Philippe who started to reinvigorate the castle in the fifteenth century. He had an important role as a diplomat at the time of the merger of Burgundy and the kingdom of France. The carved tomb of Philippe Pot can be seen in the Louvre.
Despite the destruction of its keep during the Revolution, it was completely restored with care in the nineteenth century by the family of President Sadi Carnot, and they just sold the castle recently. It is likely that the polychrome tiles on the roof are not original and were imported from Eastern Europe. 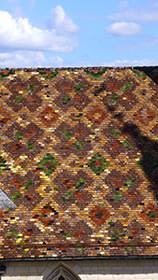 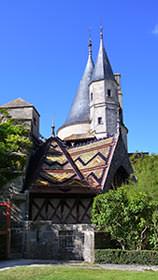 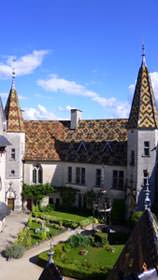 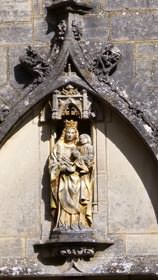 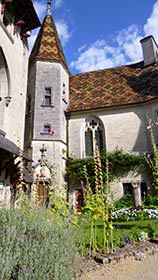