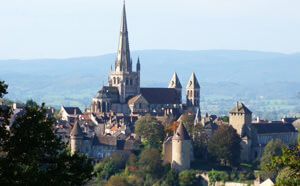 Location:  45km West of the cottages.

It is a unique place which combines Roman and Gallic remains, walls from the early Middle Ages and Gothic monuments. There you wil find :

and hereunder a short video (1 minute 49s) of drone overview of historical area, starting at the tower of Ursulines, follows the ramparts, shows the Saint-Lazare cathedral in many ways from the top and surrounding, and the video ends at Roman gate of Arroux. This video shows how the historical area is preserved from modern ugly stuff like commercial centers. Also it shows how integrated in the city, are some of the Roman vestiges. Have a nice visit.

A little history: Autun was founded by Emperor Augustus twenty centuries ago to replace the hill fort or oppidum of Bibracte. Designed from the outset according to a grandiose plan as the "little sister of Rome" it reached its peak in the third century AD. The end of the Roman Empire was disastrous for the city; it was besieged and devastated many times. The city was saved by medieval Christianity when the bishops of Autun, jealous of the spreading influence of Vezelay, claimed to have some relics of Saint Lazare which they exhibited in the cathedral. Autun then became a place of pilgrimage and the reputation of the city was restored. The first Dukes of Burgundy had their court in Autun before moving the court permanently to Dijon. X. Maglott 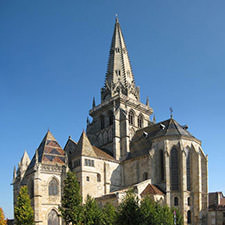 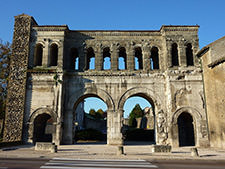 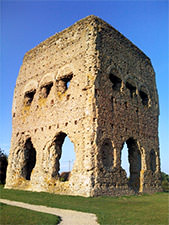 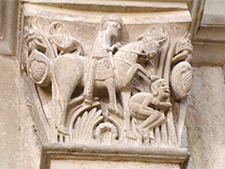